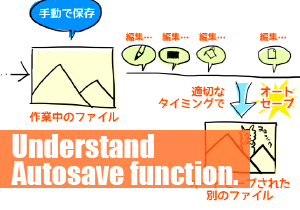 FireAlpaca’s Autosave function is not to overwrite a current file automatically.。

Basically, you will need to save a filemanually from the menu.

Then you may wonder, “What is Autosave?” FireAlpaca’s Autosave is the function that saves a backup file separately when an original file is edited but not saved.

Autosave is mainly useful when an application crashes. An application tends to crash when Operating System is unstable or Memory is insufficient. Prior to the version 1.7.0, you had to start over from the previously saved point.

The version 1.7.0 or later is equipped with Autosave and it saves backup periodically.

On such occasions, backup will be automatically saved. And those backup files are saved in the “Autosave” folder. You can find the Autosave folder location from the top menu; “Help” > “Open Config Folder..”.

If you save manually, an automatically saved backup file in the Autosave folder will be deleted. However there will be several recent backup files being kept in the “autosave_backup” folder. When you cannot recover a file for some reasons, please check this folder.

If the application crashes when there are automatically saved files, this dialog window will be displayed at the next start up.

If you choose “Yes”, you can resume from the automatically saved point. Please resume your work after verifying the canvas condition that is same as you expected. Once the file is recovered, it will be safer to save as in a different name before start working. 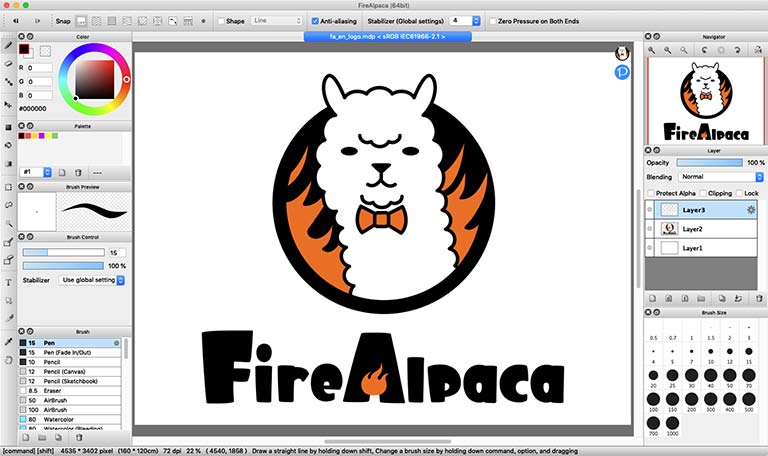